Throughout our company’s history, we have challenged ourselves to develop products that positively and sustainably affect the quality of human life. We are proud to say that over the past 50 years we have introduced a wide variety of products that contribute to the health or standard of living of our customers.

Allied has strong roots in the Midwest.

Our history dates back to the 1930s as the medical service of National Cylinder Gas (NCG) in Chicago. NCG produced gases in cylinders and sold them to hospitals in the 1930s and early 1940s. These cylinders had to be transported from floor to floor when and where needed.

In order to eliminate the use of heavy cylinders, the cost of moving them and the risks of explosion associated with handling them, the idea was developed to direct medical gases from an external source to the point of use. , either at the bedside or in the operating room. Thus, the innovative Chemetron® medical gas piping system was developed and the Chemetron medical products division of National Cylinder Gas was established in 1947.

Chemetron’s medical products division pioneered medical gases and vacuums delivered to hospitals and dental clinics, and quickly delivered more installations than all other companies combined. It also created new healthcare equipment that became the standard that other companies were looking for, no longer limited to the respiratory field.

Almost the entire current product line has evolved from this system. After developing the piping system, contact was made with the Schrader company, which made tire valves and had an industrially used coupler to connect the pipes together. Using this Schrader coupler, an outlet station was developed in the mid-1940s. In 1954, a power outlet was developed that would be flush with the wall, like an electrical outlet.

Meanwhile, in the Italian district of Saint-Louis, five entrepreneurial brothers have decided to go into business together. With a knowledge of machining and fabrication, the Sciuto brothers – Carl, Joe, Sam, Charlie and Jim – began making electric pencil sharpeners, sink/dishwasher couplers and wooden venetian blinds , which housewives found easier to maintain and more effective at controlling light than traditional draperies.

Sciuto’s window shades became popular and soon their company, StileCraft, was producing them for Sears Roebuck and other companies. In 1946, they opened a manufacturing facility not far from their home at 1825 Macklind Avenue. In addition to Venetian blinds, they also machined parts for the defense industry and manufactured a range of OEM parts made with screw machines. Gradually, StileCraft began to invest more resources in its screw machine business. The company’s more than 40 employees machined a multitude of consumer product parts, including those for automobiles. Stile-Craft quickly diversified, producing industrial air controls, gas cylinders, magnesium-coated photoetching plates for the Dow Chemical Company, and corrosion-resistant magnesium anode rods for water heaters.

“Our president, Carl Sciuto, was a brilliant machinist, even though he never went to school to learn the trade,” recalls one of our longtime employees. “Carl was constantly brainstorming plans for better ways to do our jobs. And he loved nothing more than coming into the machine shop to work on it himself.”

Because NCG was heavily involved in torch welding and cutting, the medical department contacted Stile-Craft to develop the flush exit station, which made Chemetron number one in the market.

The range was expanded to include products that plugged into the exit station: flowmeters, suction control equipment and anesthesia machines. Because gas anesthesia was highly flammable, liquid anesthetic agents became popular, leading to ceiling columns of equipment in operating rooms that contain all the necessary piping and electrical equipment. The product line was also integrated upstream to the hospital engineering room down to the gas cylinder and included pumps and compressors, valves and manifolds.

In 1961, the medical department was still primarily a sales and marketing organization with limited manufacturing capability operating out of NCG’s factory in Cicero, Illinois. When NCG opted out of the physical goods business, the rest of the business was transferred to Stile-Craft in St. Louis, which was already manufacturing much of the product line and providing the kind of service customers required. of the medical division.

In 1965, the federal government informed Stile-Craft that it wanted to purchase the company’s factory to make way for Interstate Highway 44. Stile-Craft took the opportunity to build a new, larger factory in our current location, 1720 Sublette Avenue, where she continued to produce for Chemetron the exit stations and gas flow meters that are a necessity in medical respiratory facilities.

Soon, the company grows and strengthens its product lines through acquisition. In 1965 the Medical Gas division of McGraw-Edison was purchased, joined in 1966 by Hammon Precision Equipment of Oakland, California, a manufacturer of pressure and medical regulators. Coastal Dynamics was acquired in 1973 and Medical’s dental analgesia units were transferred there.

Coastal, a manufacturer of dental handpieces and chairs, operated as a separate unit from Chemetron until 1978 when it became part of Medical Products. Scientific Research Instruments Corporation, a former subsidiary of GD Searle, was purchased in 1976. SRI manufactured mass spectrometers and respiratory critical care monitoring systems, both the result of highly sophisticated medical technology. This operation was moved from Baltimore to St. Louis in late 1977.

Chemetron had purchased Stile-Craft in 1971 and, with Carl Sciuto at the helm, the medical products division was formed. A major steel manufacturer, Allegheny International, Inc., noticed Chemetron’s profitability, particularly that of its new medical products division, which produced gas outlet stations, medical air compressors and void for hospitals. Overnight, Chemetron was catapulted into a global market after a 1977 merger with Allegheny.

That year, the medical division of Chemetron, a subsidiary of Allegheny International, quickly implemented an aggressive growth plan. Vista Lighting, a producer of walls, patient service consoles and hospital bed lighting in Santa Ana, California, was acquired in March 1977 (Vista was sold in 1982.)

In June 1977, Chemetron acquired Gomco®, a recognized and leading manufacturer of portable aspirators and portable surgical, post-operative and home care drainage pumps. The acquisition enabled Chemetron to deliver on its promise to become a leader in the United States for portable vacuuming equipment, typically used when in-wall vacuuming is not available or indicated. Our new position in healthcare products meant an alliance of some of the most established healthcare products and trade names and prompted us to adopt an appropriate name in 1980: Allied Healthcare Products, Inc.

In 1985, Allegheny sold Allied Healthcare to the Harbor Group, a move that brought our now world-famous company full circle back to its St. Louis roots.

We grow by acquisition.

We sought to buy companies that would complement our strategy of becoming a world-class provider of medical gas delivery systems, which play a critical role in patient care by regulating and monitoring the flow of medical gases.

In 1986 Allied acquired Oxequip Health Industries, a leading manufacturer of gas control panels, outlets, valves, pumps, compressors and alarms. Oxequip® products are used in all facets of patient healthcare – from emergency rooms to surgical and intensive care areas and engineering departments. Today, Allied wall-mounted medical gas distribution systems are installed in more than half of all acute care hospitals in the United States. Allied then purchased the Architectural Medical Products division of Square D Company, a manufacturer of medical headwalls (ducted wall units and gas outlets, suction equipment, electrical outlets, lighting and nurse call systems). Architectural Medical Products was a natural fit for Oxequip and the March 1988 acquisition positioned us as the second largest US manufacturer of medical headwalls.

In July 1988, Allied purchased Timeter Instrument Corp., a manufacturer of precision portable instruments used in the regulation and monitoring of medical gases. This strategic move allowed Allied to achieve even greater stature in the growing home respiratory care market.

We become a publicly traded company…and continue to grow.

Our initial acquisition strategy being successful, we then sought to reduce the debt created by these purchases. Allied management decided to take the company public with an initial stock offering in 1992. Investors enthusiastically accepted the initial offering, which Allied followed with another in 1995.

In December 1993, the Allied family of companies grew again, this time branching out into the emergency medical equipment market by acquiring Life Support Products, Inc. LSP produces a full line of oxygen resuscitation products and trauma care, providing injury victims and emergency personnel with durable and effective means of immobilization and resuscitation. The operation was moved from Irvine, California to Allied headquarters in St. Louis.

In April 1994, Allied acquired Hospital Systems, Inc., maker of a full line of headwall products used in the renovation of hospitals and sub-acute care facilities. Subsequently, operation of the St. Louis headwall was transferred to HSI’s plant in Oakland, California.

In September 1994, we re-entered the market by acquiring BF Medical Products, Inc., a leading manufacturer of a wide range of respiratory therapy products for home healthcare. The manufacturing operations of BF Medical and its Schuco® division were transferred to St. Louis in November 1998.

In February 1995, Allied acquired Bear Medical Systems, Inc. and Surveillance Systems in 1995. Both were sold in 1997.

Another example of our strategy of integrating related businesses is our 1995 acquisition of Design Principles, Inc., a company whose products complement our line of trauma and patient care devices. Design Principles produces technologically superior backboards of extremely durable yet X-ray translucent plastic. Their exceptional strength and unique properties, including buoyancy, make them ideal for specialist emergencies, such as water rescues. The Huntsville, Alabama operation was transferred to Allied Headquarters in St. Louis.

We focus on commodity, quality and customer service.

Allied’s efforts to elevate the caliber of its manufacturing and customer service operations to world-class standards were rewarded when in July 1998 the company’s St. Louis plant achieved ISO 9001 certification.

We look to the future.

Allied has sought to strengthen its position as a leader in medical gases, respiratory therapy and emergency medical products here and around the world, and to develop strong partnerships with leading research universities, both for the development of new products and for the improvement of existing products. We live in a time when the world has become a global village. To meet the ongoing challenge of improving quality of life, Allied Healthcare Products continually renews its commitment to Global Support of Life. 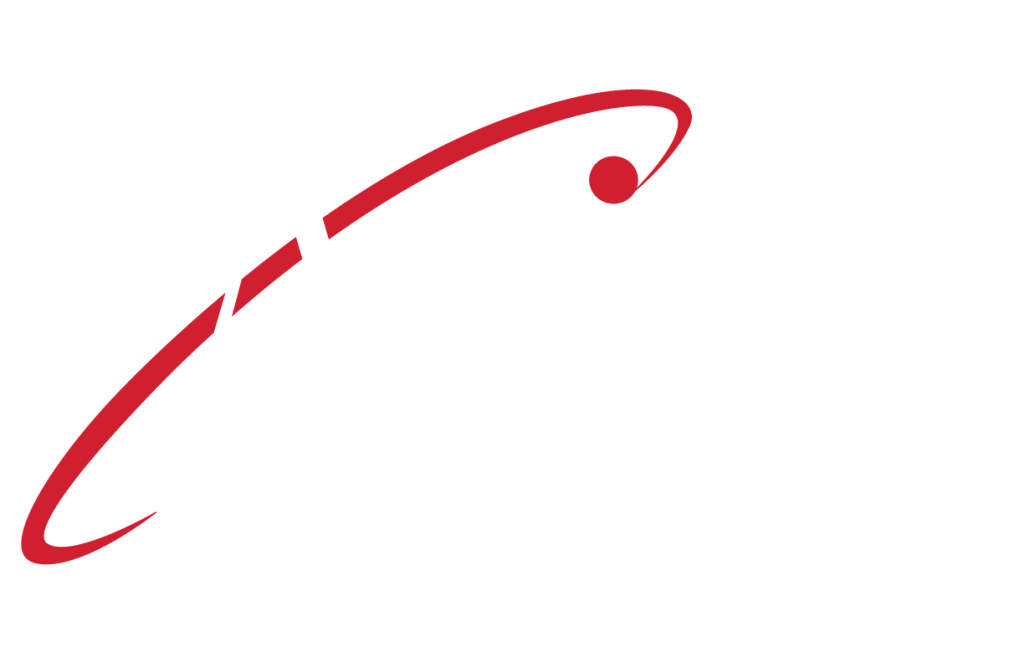